skip to main | skip to sidebar

I talked about the self-organization in scrum study society and performed a workshop.

"ask how there should have been originally always"

There is the feeling that various peace led to.

I do not seem to let them do the assembly operation till the car is used to an on-site worker how in Toyota by a user and understands how there is the significance of existence.  I watch the video of the concept and gather members and perform study party.
It is a way to let a mason be conscious of a church.

How will by development of the software.
A task is assigned and begins to make it based on the specifications which somebody made.  As for the person in charge, will I see "a church?"
The church of the IT software thinks that it is contribution to society generated by how software influences the business of the company and the business.
Technology of business modeling such as the demand development should be effective for maintaining the state that it understands.

This is just applied to the dimension of various demands.  They a company, society, the earth, the life, a family, an area, health, a project, community.
There is the individual in the demand (or you may express it in other words with a purpose, an unpleasant course) of these various scopes.  It thinks like any case being important to make relations with them a state to show.

For example, "a demand" at the levels that is personal is a trip, and is the life, and is a family, and is healthy, and this is seen at a mind map level; seem to be able to make it it.
As for this, the modeling of the demand development just suggests every possibility that I can particularly apply.

The words that appeared as philosophy of the Toyota production method that it was a lecture of Kuroiwa to "ask how there should have been originally always" it, and appeared.
It is always structure to help it that it searches it, in fact, what a thing equal to the church of the mason is, and the thing creates it to continue asking how there should be originally it.
Author essence Place 2:24 PM No comments:

I performed a drum circle in world of Agile performed in Toronto of Canada in August, 2008's greatest conference, "Agile2008".
It is the part of a movie at that time.

The drum circle performed it from about 40 for around 50 minutes.

The first half was idle with rhythm in various ways and played a shaker pass in a sound-scape together in relaxation, the last in the latter half.

Without though it proved right in various ways, there are the relations of the expense, and it being borrowed whether it is not asked for a musical instrument for local drum circle facilitator.  I borrow the musical instrument of the music stage of Agile2008, and it is the feeling that added paying own expenses afterward.

A participant is rather less, but 20 are the end for the number of the musical instrument much partly because they say because it is the first day unless a rest person still comes.  I will be passable for a scale.

A foreigner wanted you to participate more.
A participant is around 17 people from 16 in all.
Generally Japanese are half.

I hardly spoke the English.
As for the English that spoke, the words are not necessary for music; there be it. :-) 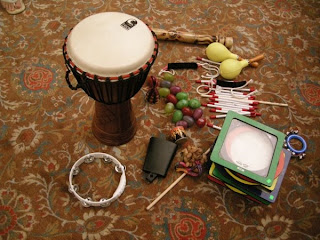 About a positive and anger.

Anger is important feelings to create the power of the action, but what is often connected with negative criticism and negation is difficult.

What do you do to convert anger into positive power?

The feelings come out by one's ideal and standard and a difference with the reality.

Most of my ground rules think that they occurred with anger in the name of feelings disgusted with.

I thought it to be normal for the different situation and insincerity I felt anger, and to change it.

The pattern such as the youth movie which I fight, and make friends is never born.

I have not read the example which was improved by having expressed it for the insincerity if bad likewise.

These two points are finished with inspection many times. （There does not need to be no want to do it more possibility in fact, but.）

Even if the anger can be suitable for a person, the change does not cause it.

Not the break characteristics of relations, the change is born only from the affinity of relations to come from trust.

Only because even a partner having value and a custom unlike no matter how one's standard respects it, the change is born.

For the subordinate, I can convert it if I scold you out of anger, but cannot scold you to the person who is not so.

By the way, what do you do to convert it into positive power without running up stress to oneself?
Author essence Place 4:29 AM 1 comment:

I participate in team Building study party.
This theme was ice braking.
I tried technique of various ice breaks.

The following memos.
-There is the case that you had better not say when you had better say that you have of an ice break.
-I can introduce smoothly a purpose of an ice break by I give a deep significance to a theme of the main subject, and connecting it.
-The self-ice break that ice breaks through by oneself is necessary.
-After all a thing with a sound is powerful.
-Relations with a group encounter.
-I can perform the ice break that there is discovery in it in itself.
-I let you be conscious of intention of consideration, and concentration changes.
Author essence Place 11:51 AM No comments:

A change is a necessary thing.
Though it is so, the change of the organization is delayed by a thing of the following, and disharmony continues.
Their custom.
That is not their normal; think.
Their common sense.
Their resistance without an incomprehensible meaning.
Their pride.
Their prejudice.
Their self-protection.
Their fear that was hidden.

I put a crack in such a manner to show at a glance seriously wonderfully and thought that it was a function of the humor that created harmony.

There is the art for a change.

I think that it is art that it goes through psychological walls such as the prejudice, and create changes as if I was alright, and it is humor.

I put a crack in such a manner to show at a glance seriously wonderfully and thought that it was a function of the humor that created harmony.

There is the art for a change.

I think that it is art that it goes through psychological walls such as the prejudice, and create changes as if I was alright, and it is humor.
Author essence Place 10:36 PM No comments:
Older Posts Home
Subscribe to: Posts (Atom)

essence
I love music and art and a bicycle and do anything from education, the new face training, counseling, an object-oriented analysis design, sound engineering.
Certified SCRUM Master
Certified NLP Practitioner
japanese version